The Genetics of Cataracts

Most people are well aware of what cataracts are, at least in a general sense. Many people understand that cloudy vision is often associated with the ailment. Typically they occur in older people and can be the result of many different types of health issues. However, while that is the typical life of cataracts, it is not the only reason one may develop the disease. There is a genetic factor to the disease, which can aid in its development at any stage in life for numerous reasons.

Cataracts are named based on their age of onset. Each age of onset typically has its own set of contributing factors. To begin to understand the genetics related to the disease, it is important to understand its various forms. Congenital (also called infantile) cataracts occur within the first year of a child’s life. This is a very visible cloudiness, which makes it a bit easier to diagnosis, considering infants are not verbal at this stage. The next onset is juvenile onset, which occurs within the 2 to 10th year of a child’s life, however, there is some debate on the age range, as many doctors my consider anyone under the age of 20 to have juvenile cataracts. Finally, there is age-related, or senile onset. This occur in patients over the age of forty-five, and is the most commonly known and treated form of the ailment. The type of cataracts does not indicate whether or not it is genetic or hereditary, as it may be caused by genetic mutations or by environmental issues at any age. However, it may also be related to your body’s genetic disposition that allows for such a mutation to occur.

Cataracts and its Biological Causes

There is a belief that cataracts in infants are directly related to a lack of lens proteins. This lens protein would typically prevent a cloudy film from forming over the lens of a young child or infant, yet when it is deficient or non-existent, there is no protection for the eye lens. As one ages, other factors may contribute to the formation of this cloudiness over the eye lens. However, as with any type of ailment within the human body, the body must have a base in genetic codes and mutation to allow for these factors to become detrimental to the operation of the body. For cataracts, the body must have a mutation that will allow the lens protein to dissipate over time while other, external factors, take advantage of this mutation. The truth is, no matter how you approach the subject, it is a mixture of environmental factors and biological factors that intersect at one moment to create the cloudy film over your eyes. If you are dealing with cataracts, no matter what age of onset, it is essential to discuss your options with your optometrist. Cataracts may only be removed through surgery, however, it is up to you and your doctor to determine the best time to undergo surgery for this ailment. If you are looking for an eye doctor you can trust to help you with your cataracts issues, contact the experts at Rittenhouse Eye Associates at 215.525.6821.

The Effects of Diabetes on Your Eyes
June 1, 2017
Three Ailments Relating to Cataracts
July 27, 2017
Determining If You are Dealing with Cataracts
May 4, 2017 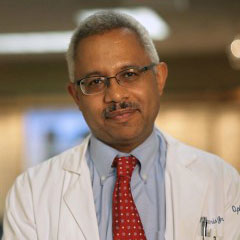 A Letter From Dr. Harris, MD

Follow the link below to read a letter from Dr. Harris to Rittenhouse Eye Associates patients